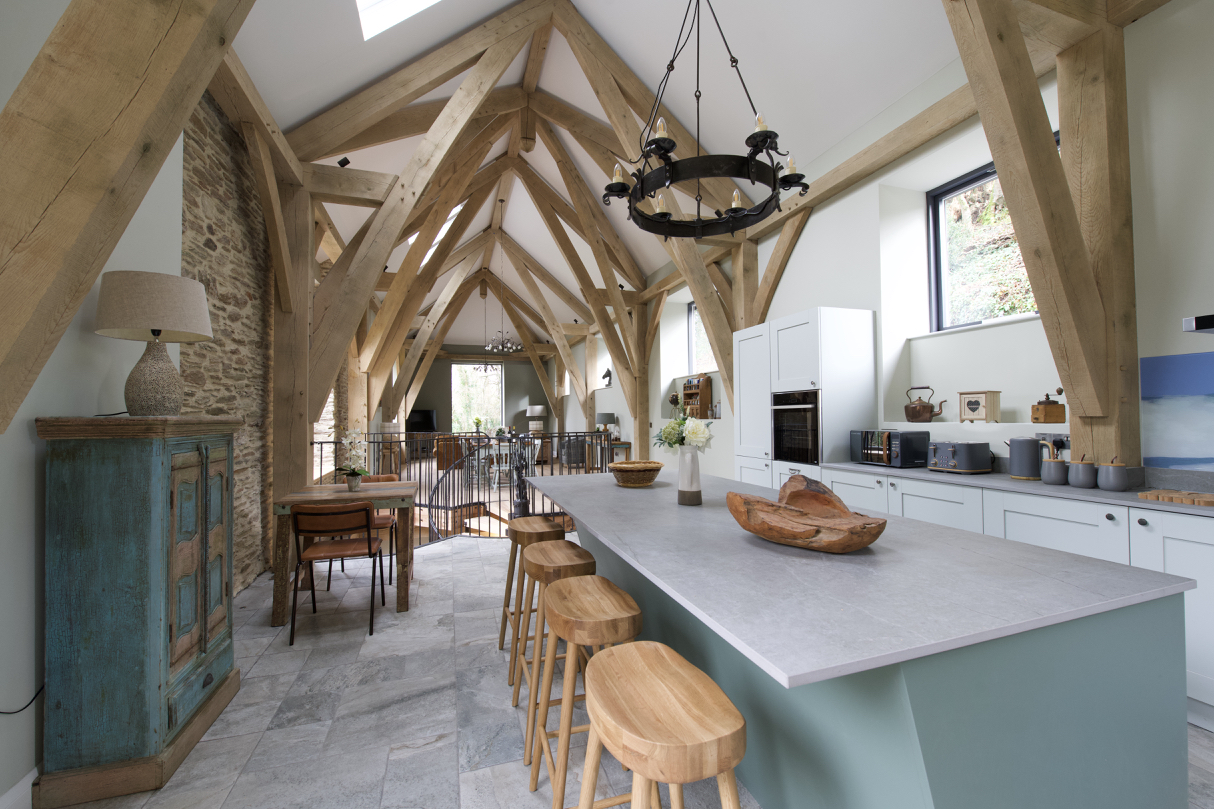 PCA has been recognised for its work on two barn projects in Devon.

Willowplatt Barn, near Aveton Gifford in Devon, was an abandoned 230-year-old stone structure and has been transformed into a holiday rental property. PCA worked with BBH Architects and oak-framed building designer and makers Carpenter Oak to advise on drainage,  its structural condition and any adjustments they needed to be made.

Willowplatt Barn was chosen as Regional Winner in the LABC Building Excellence Awards 2021 in the ‘Best conversion to create a single new home’ category and went on to win the grand final later in the year. It also won Build It’s Best Oak Frame Home Award.

PCA was involved in this project from an early stage to give a pre-planning structural appraisal of the building and produce a drainage strategy.

But there was also an incumbent resident whose needs were also taken care of.

PCA director Ross Carpenter said: “I remember my first visit to undertake our survey and the resident barn owl sat happily up in the roof space while I looked around before flying the length of the barn over my head and out of the large south opening. The building work and final design was considered around the resident barn owl with a specific loft space set aside for the owl in the finished building.”

PCA also worked with S Tozer Construction on this project.

Meanwhile, Redhill Barn, also known as The Outfarm, had been a roofless ruined stone and timber barn nestled in the Devon hills. PCA worked with architects TYPE Studio and Carpenter Oak on the new timber frame. PCA advised on the 21-metre single truss that span from gable to gable with a fork at each end to accommodate large windows.